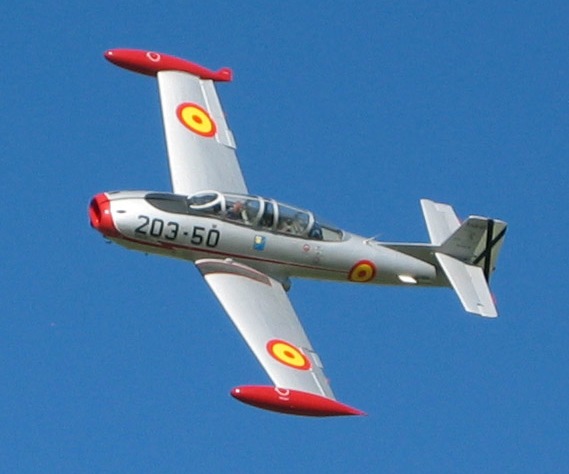 A historic jet plane crashed into a hangar and exploded in a fireball at an airshow southwest of Madrid, Spain, on Sunday, severely injuring its pilot who later died in the hospital, officials said.

A spokesman for Spain’s Defense Ministry said the pilot, Ladislao Tejedor Romero, 35, an experienced jet pilot and assistant to Defense Minister Pedro Morenes, died of his injuries in the serious burns unit of Getafe hospital. Some 3,000 people were at Cuatro Vientos airfield watching a showcase of aerial acrobatics and vintage aircraft when the plane, one of the first jet-propelled planes to be manufactured in Spain, crashed, sending a fireball and thick black smoke into the air.

The plane, a HA-200 Saeta, was a built in the 1950s as an advanced jet trainer by Hispano Aviacion, ministry spokesman Alfredo Florenza said. It was later given an attack capability.

For the complete story by Harold Heckle of The Associated Press, click here.