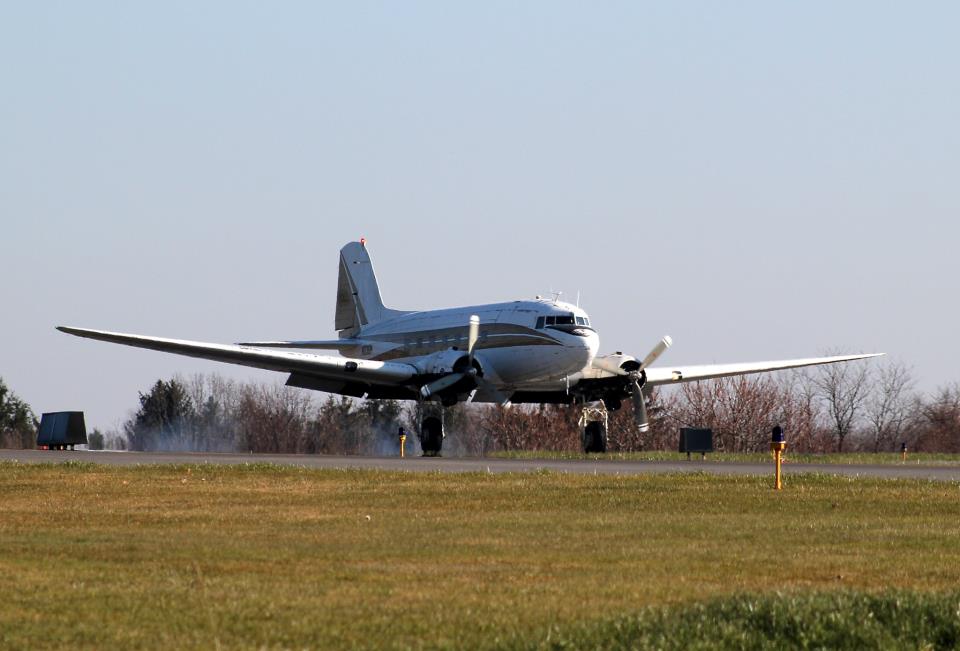 For a celebrated warplane, spraying mosquitoes in Florida was an ignominious way to retire. That’s why Paul Luehring said he and his buddies were so excited to welcome the World War II veteran to its hangar at Air Heritage Inc. in Beaver Falls, Pa., last December.

The museum and aircraft restoration facility at the Beaver County Airport in Chippewa Township had always wanted to acquire a C-47 for its collection. With the help of a helicopter pilot from McKeesport, they were able to do so. Air Heritage members are repainting the plane with military colors, cleaning and tuning it, Luehring said, readying it for air shows this year.

Luehring, a pilot and first lieutenant in the Army Air Force during the Korean War, flew a C-47 and knows the workhorse capabilities of the plane. The C-47 served in the European Theater of Operations during World War II with the 53rd Troop Carrier Wing, 435th Troop Carrier Group and 75th Troop Carrier Squadron.

For the complete story by Marsha Keefer of the TimesOnline.com, click here.