I came across a rather sobering statistic the other day: According to the Department of Defense, only two percent of the 34 million young Americans between the ages of 17 and 24 are both “eligible and inclined to have a conversation with the military about possible service.” Two percent! That’s only about 700,000 young people who have at least a small interest in joining one of our country’s military services.  Unfortunately last year, in 2017, our Department of Defense needed more than 2 million active and reserve service members to defend our nation. 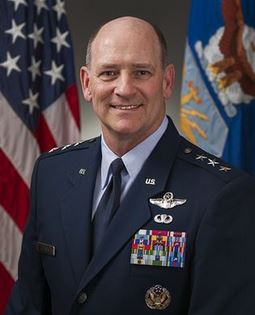 As a retired Citizen Airman of the Air Force Reserve, those numbers concern me. They concern me because now, more than ever, we need the best and brightest young people from across the nation to work in critical career fields and meet our military’s needs in exciting and growing missions like space, cyber, and intelligence, surveillance and reconnaissance operations. Not to mention other opportunities like being an aviator, an engineer or a medical professional.

I grew up in a military family and knew from a young age that I wanted to fly airplanes for the United States Air Force. After graduating from the Air Force Academy and serving 14 years on active duty, I made the decision to transition to the Air Force Reserve. Deciding to join the Air Force and then continue my service in the Reserve were two of the best decisions of my life.

In 1995, 40 percent of young people between the ages of 13 to 24 had at least one parent who served in the military. By 2016, that number had fallen to 15 percent. That’s why it’s more important than ever for current and former Airmen, Soldiers, Sailors and Marines to spread the word about serving your country through military service.

I realize that full-time military service is not for everybody. However, I would highly encourage all young men and women to take a close look at serving their country in the Air Force Reserve. And if you are a current Airman, or a member of one of our sister services, and you are transitioning from active duty, I urge you to think hard about the Air Force Reserve. As a Citizen Airman for more than 24 years, I can tell you that the Air Force Reserve truly is a great way to continue to serve and to be where you want to serve.

The Reserve provides a wide range of benefits similar to those you would receive if you were on active duty with one major difference – you have more time and flexibility. Time to be with your family, flexibility to have a civilian career or go to school. Time do more outside of military service, flexibility to be part-time or full-time. Most Reservists serve part-time as a Traditional Reservist and have the flexibility and opportunity to drill at a base close to where they currently live and work. As a Reserve Citizen Airman, you can earn extra income and benefits, while maintaining a civilian job or pursuing your degree in your community.

The Reserve offers excellent retirement benefits, inexpensive life insurance and a reserve health care plan. It also offers bonuses of up to $20,000 to those who enlist in select fields.

There are scores of financial and educational reasons to join the Air Force Reserve, but I think the best reasons aren’t quite as tangible. As a Reservist, I guarantee you will make lifelong friendships and experience the sense of camaraderie that only comes with military service. You are part of a team, and you will have the opportunity to go places and do things that are just not possible any other way. And, you will experience the thrill and sense of pride that only comes from serving your country.

The Air Force Reserve’s mission is to provide combat-ready forces to fly, fight and win … in air, space and cyberspace. You can be a part of accomplishing that mission, and you can do it without interrupting your civilian career or your pursuit of higher education.

From pilots and mechanics to healthcare workers and cyber warriors, part-time jobs with full-time benefits are available in the Air Force Reserve. If you are interested in the experience of a lifetime, and the rewards that come along with it, go to afreserve.com or call 800-257-1212.

And if you are someone like me, who is proud of the time you spent serving your country in uniform, please tell your story to our young people across the country. America needs you to help educate our next generation about what it’s really like to serve our nation in the military.