Recently, the US Air Force awarded Boeing Defense a $9.2 billion contract for production of 351 T-X trainer jets, 46 simulators and associated ground equipment. The T-X trainers will replace the USAF’s 57-year-old fleet of Northrop T-38C Talons, and the contract is an indefinite-delivery and indefinite-quantity award, allowing the USAF to purchase up to 475 aircraft and 120 simulators.

“This is all about joint warfighting excellence; we need the T-X to optimise training for pilots heading into our growing fleet of fifth-generation aircraft,” said Air Force chief of staff Gen David Goldfein. “This aircraft will enable pilot training in a system similar to our fielded fighters, ultimately enhancing joint lethality.” 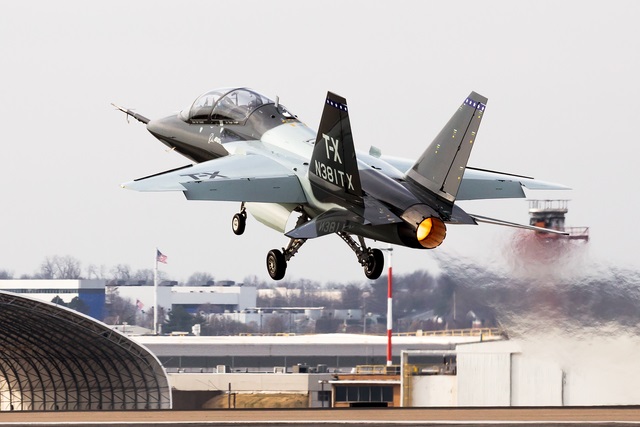 Boeing designed its clean-sheet T-X jet trainer with Saab, though more than 90 percent of the aircraft is planned to be manufactured in the USA. The company had argued that its T-X bid was the lowest risk for the USAF because it was custom-designed to meet the service’s specifications, rather than adapted from existing aircraft.

“It is a direct result of our joint investment in developing a system centered on the unique requirements of the US Air Force,” said Leanne Caret, chief executive of Boeing Defense, Space & Security. “We expect T-X to be a franchise programme for much of this century.”

The first T-X aircraft and simulators are scheduled to arrive at Joint Base San Antonio-Randolph, Texas, in 2023. All undergraduate pilot training bases will eventually transition from the T-38 to the T-X. Those bases include: Columbus Air Force Base, Mississippi; Laughlin AFB, Texas; Sheppard AFB, Texas and Vance AFB, Oklahoma. The USAF plans for the trainers to have initial operational capability by 2024 and full operational capability by 2034.

An initial delivery order for $813 million provides for the engineering and manufacturing development of the first five aircraft and seven simulators, says the USAF.