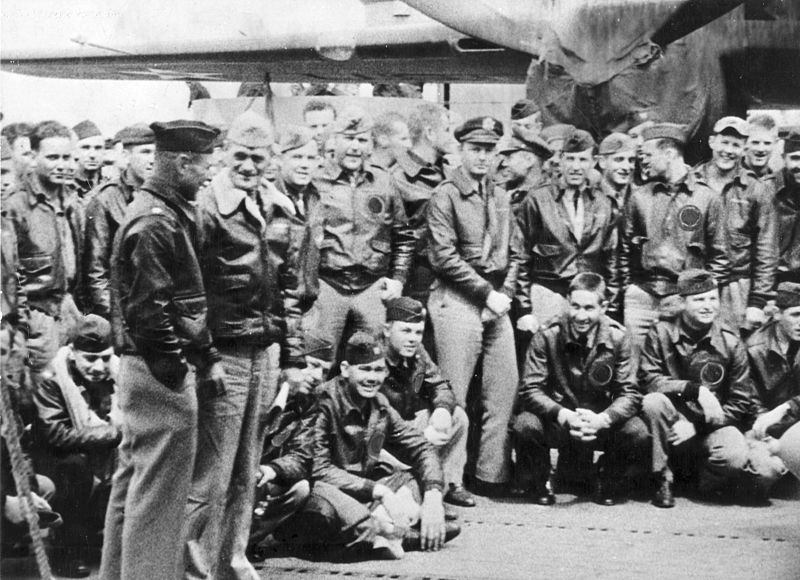 The U.S. Air Force will host the famed Doolittle Tokyo Raiders’ final toast to their fallen comrades during an invitation-only ceremony on Nov. 9 at the National Museum of the U.S. Air Force.

On April 18, 1942, 80 men achieved the unimaginable when they took off from an aircraft carrier on a top secret mission to bomb Japan. Led by U.S. Army Air Forces Lt. Col. James H. “Jimmy” Doolittle, these men came to be known as the Doolittle Tokyo Raiders. Today, just four of the former servicemen survive: Lt. Col. Richard E. Cole, co-pilot of crew no. 1; Lt. Col. Robert L. Hite, co-pilot of crew no. 16; Lt. Col. Edward J. Saylor, engineer-gunner of crew no. 15; and Staff Sgt. David J. Thatcher, engineer-gunner of crew no. 7. At this time, all four Raiders are planning to attend the event.

According to Museum Director Jack Hudson, a retired lieutenant general, the Doolittle Raid was an extremely important event in the development of American air power because it marked the first combat use of strategic bombardment by the U.S.A.A.F. in World War II. “While the attack itself caused little actual damage to Japanese war industry, the psychological impact on the Japanese military and the American public proved to be immense,” Hudson said. “The U.S. Air Force has drawn upon the Doolittle Raiders for inspiration ever since, and we are deeply honored that they have chosen to have this final ceremony at our national museum.”

In 1959 the city of Tucson, Ariz., presented the Doolittle Raiders with a set of silver goblets, each bearing the name of one of the 80 men who flew on the mission. At each of their past reunions, the surviving Raiders would conduct their solemn “Goblet Ceremony.” After toasting the Raiders who died since their last meeting, they would then turn the deceased men’s goblets upside down. The Nov. 9 event will mark their final toast.

Among those scheduled to attend the ceremony to pay tribute to the Raiders are Air Force Acting Secretary Eric Fanning and Chief of Staff Gen. Mark Welsh III.

The public will also have an opportunity to celebrate these World War II aviation heroes that day through events that include a wreath-laying ceremony at the Doolittle Raiders memorial and a flyover of North American B-25 Mitchell aircraft. In addition, the Air Force Museum Theatre is planning to show Doolittle Raider and World War II-themed films.

From a NMUSAF news release