More commonly referred to as the Butcher Bird by pilots that went up against this fierce fighter, the Focke-Wulf Fw 190 Würger (Shrike) was a German single-seat, single-engine aircraft designed by Kurt Tank in the late 1930s. Widely used during WW2 along with its Luftwaffe counterpart, the Messerschmitt Bf 109, the Fw 190 became the backbone of the German Jagdwaffe (Fighter Force). 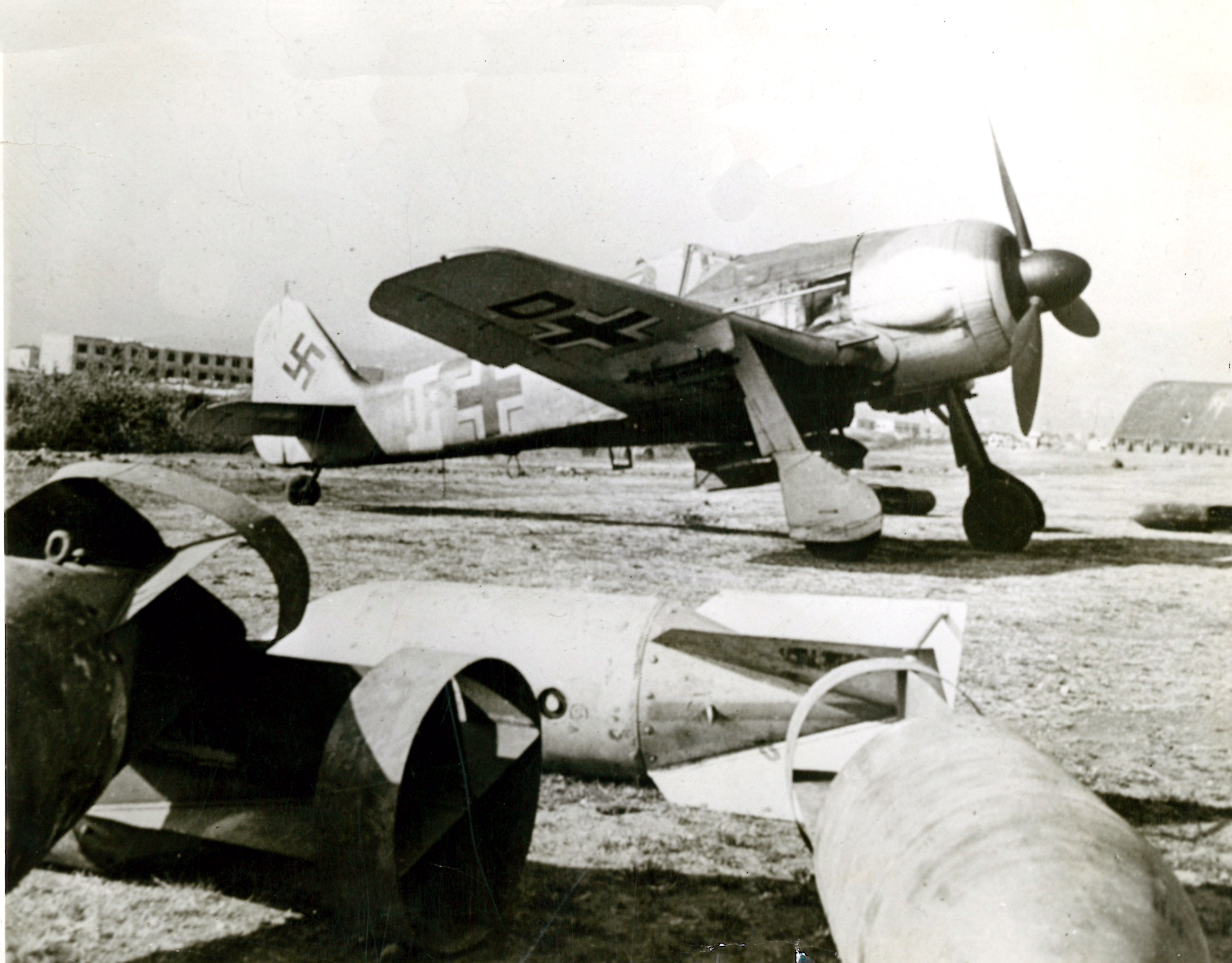 The Fw 190 was well-liked by its pilots and some of the Luftwaffe’s most successful aces earned many of their kills while flying the Butcher Bird, including Otto Kittel, Walter Nowotny and Erich Rudorffer.

Photo from the RAF British-Combine