Flight Journal
From the Magazine
Comments 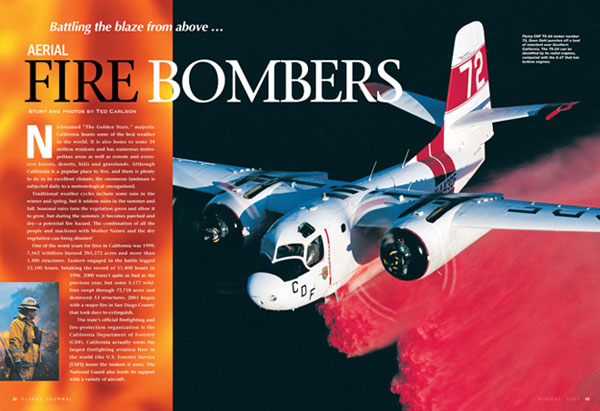 August of 2001 saw us riding along with photographer/writer Ted Carlson as he flew in an entirely different theater of combat than what’s usually seen in Flight Journal: forest fire fighting. The enemy was no less lethal than the Axis powers and when the Grumman S-2F Trackers and helicopters of the California Department of Forestry Service began a bombing run, the danger and excitement were just as real.
Click here