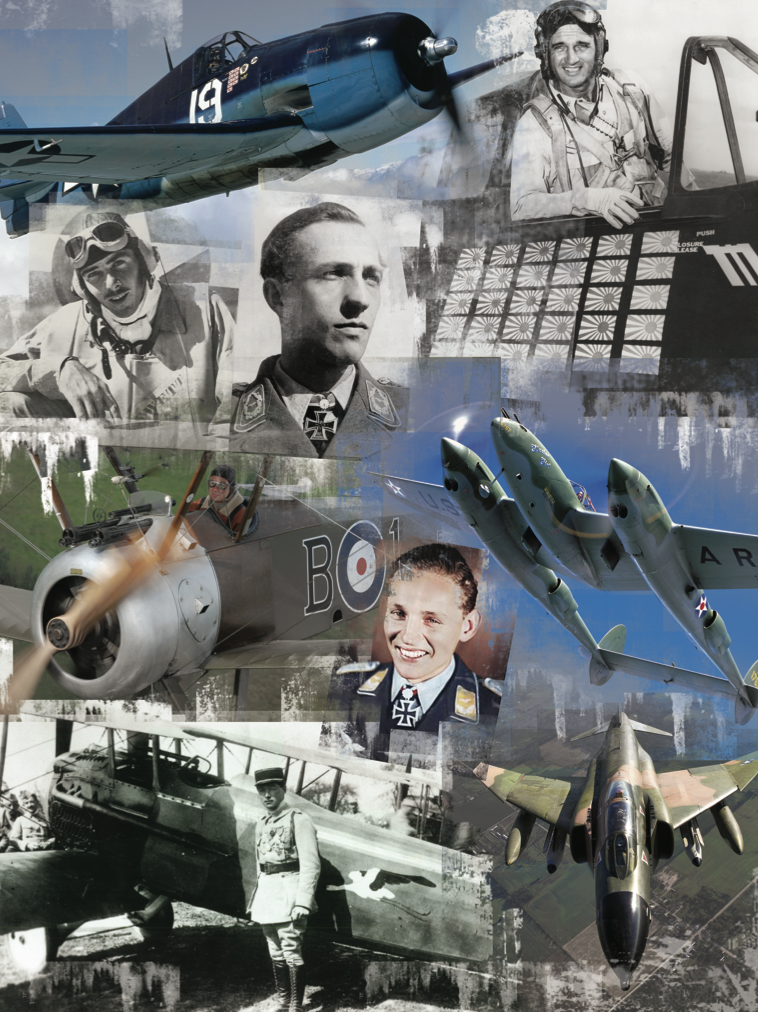 The kills and claims of the top shooters

On the morning of April 7, 1943, American fighter pilots on Guadalcanal in the Solomon Islands responded to a red alert. More than 100 Japanese aircraft were inbound, sending Wildcats and P-40s scrambling to intercept. In a prolonged combat, the defenders claimed 39 victories and actually got 29—a better than normal ratio of actual kills versus claims. The belle of the brawl was 1st Lt. James E. Swett, a 22-year-old Marine entering his first combat. Fifteen minutes later, he was fished out of the bay, having ditched his shot-up F4F-4 perforated by Japanese and American gunfire.

When the scores were toted, “Zeke” Swett was credited with seven Aichi dive-bombers destroyed and one probable. In fact, the number of Vals claimed matched the Japanese loss records. Swett received the Medal of Honor, and from that day on, the goal of naval aviation cadets was “to do a Jimmy Swett.”

During WW II, over 100 U.S. fighter pilots were credited with five or more victories in one day, mostly in one sortie. But the “ace in a day” feat was established long before the Second World War.