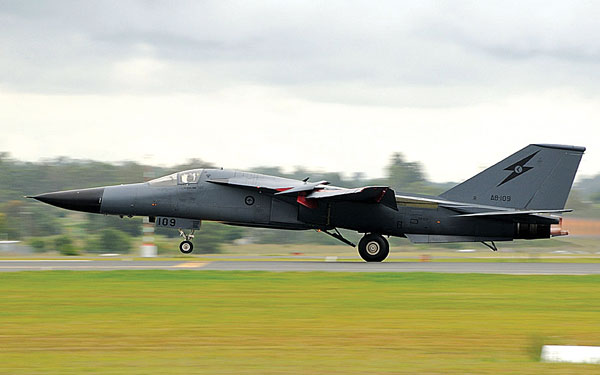 On December 3, 2010, another great aircraft was retired from service, and this time it was in Australia. The F-111 was one of the most controversial aircraft ever flown by the USAF. It was battle-tested in the Vietnam War and proved to be one of the most effective attack aircraft in the Gulf War. The USAF had the F-111 in inventory from mid-1967 until 1998. The only other country to fly the F-111 was the Royal Australian Air Force. It became known to the American public as the “Aardvark,” but in Australia, it was referred to as the “Pig,” so named because of its ability to fly just above ground level with its nose almost in the dirt due to its terrain following radar (TFR). That recent day in early December marked the end of the RAAF’s involvement with the F-111 after more than 37 years of service.

The first years of the F-111’s tenure with the USAF were controversial, as it had numerous problems. Its first foray into Vietnam was not successful due to the sudden loss of aircraft on low-level missions. When the RAAF took on the F-111 in 1973, it also had numerous problems that were eventually solved, and the “Pig” performed to perfection. The final tribute to the F-111 by the Australians involved a formation flyby of six aircraft on December 3. A large number of the fleet will be kept in flyable storage for some time to come, in case there is a sudden need for their services. Four of these airframes will be housed in museums. This marks the end of a remarkable era that has contributed much to the military history records in both the U.S. and Australia.
—Warren Thompson 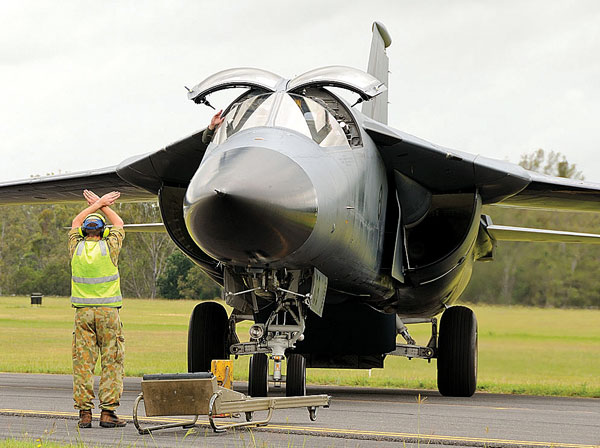