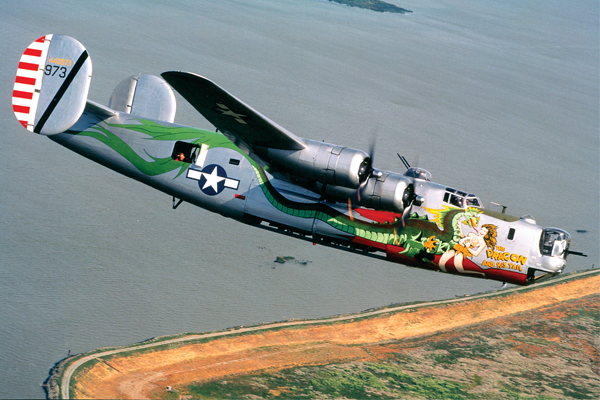 When Allied airmen strapped on their aircraft for a combat mission during World War II, especially when piloting a heavy bomber like the B-24 Liberator over the vastness of the Pacific Ocean, the situation usually provoked the same thoughts from pilots and crew members alike. “Will we get this overloaded and overweight behemoth off the ground and safely into the air? Will this be a milk run? What if we encounter Japanese fighters? Will the flak be as thick and as accurate as on the last mission? Can we find our way back home?”

There was always a chance something would go wrong. The thoughts of multiple, unforeseen problems were kicked around in the heads of the Liberator crews long before takeoff. The best-laid mission plans rarely went off without a hitch, but the brave young men who fl ew day after day through murderous fl ak, enemy fi ghters and long, tedious over-water fl ights didn’t think of themselves as the recipients of the enemy’s bullets or fl ak bursts. Their thoughts were on the other guys next to them in formation as the ones who would get hit today.

Being young and adventuresome helped the crews a little to make it through each mission alive, but the whispered, soft-spoken words of luck, fate, destiny and divine intervention carried much greater weight to a God-fearing crew. Here is a story of one such mission where all these factors came into play in the belly of a B-24 on a mission to Formosa.

To read more, click the link to open the PDF: A Roll of the Dice