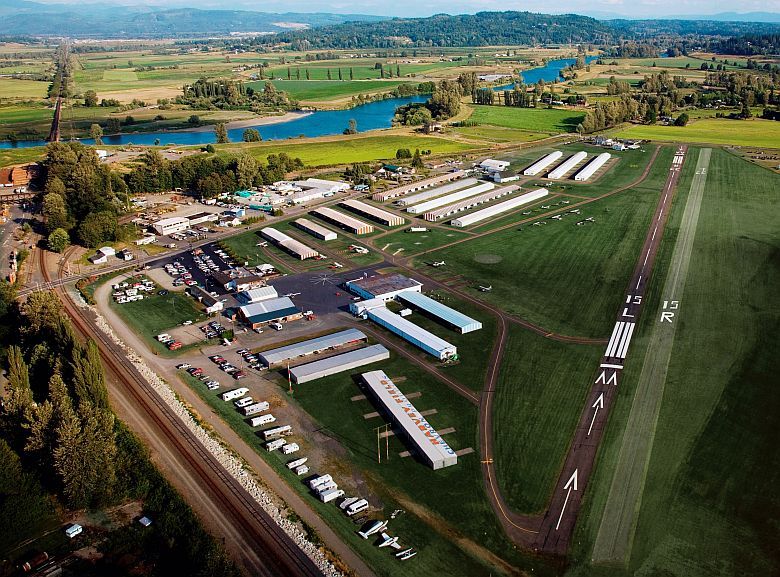 Floods, fires and family crises — Harvey Field has survived them all.

In 1990, then-10-year-old Preston Harvey stood on the second floor of Snohomish Flying Service and watched the water rise just a few hundred feet away. The Snohomish River had already spilled over its banks, and the waters now threatened the last barrier to the airport, the railroad tracks.

In the next instant, the water breached the tracks, and an explosion of mud and debris raced toward the airport. Preston, his parents Dick and Kandace, and his older brother Lance continued moving valuables to upstairs rooms until the water rose to about two feet. The four of them then walked down the outside stairs into a jet boat that Dick had tied to the railing earlier in the day. Then, Preston says, “We got in and motored home.”

Home was just at the other end of the half-mile runway, and the flood was just one of many that has occurred during Harvey Field’s 70-year history.

For the complete story by Eileen Bjorkman of The (Everett, Wash.) Herald, click here.