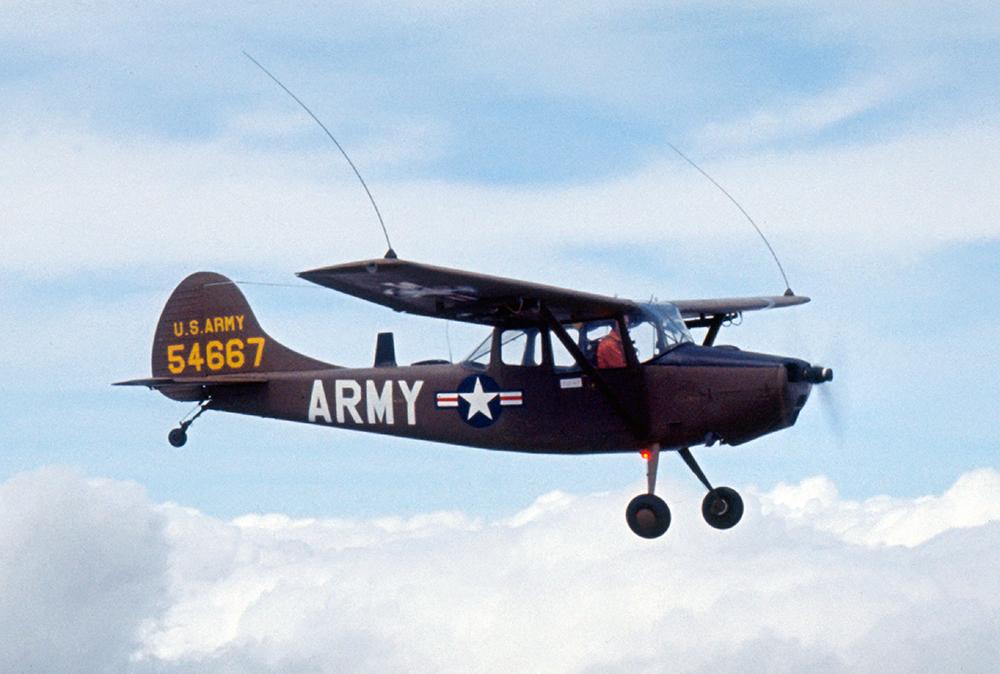 The Barrett-Jackson collector car auction occasionally gets an airplane or two on the docket and many airplane manufacturers display their new products on the show grounds. For January’s Scottsdale, Ariz., show, Cessna has donated a nicely restored 1953 model L-19 Bird Dog.

Cessna built the Bird Dog on commission by the U.S. government as a tandem-configured, two-seat derivative of the Cessna 170. Cessna built more than 3,400 L-19s, many of which were used to fight in the Korean War. Proceeds from the auction will be appropriately be donated to a military cause. The money will go to the Armed Forces Foundation (AFF) in support of its efforts to advocate for troops affected by and educate the public about post-traumatic stress disorder and traumatic brain injury.

For the complete story by Pia Bergqvist of Flying, click here.