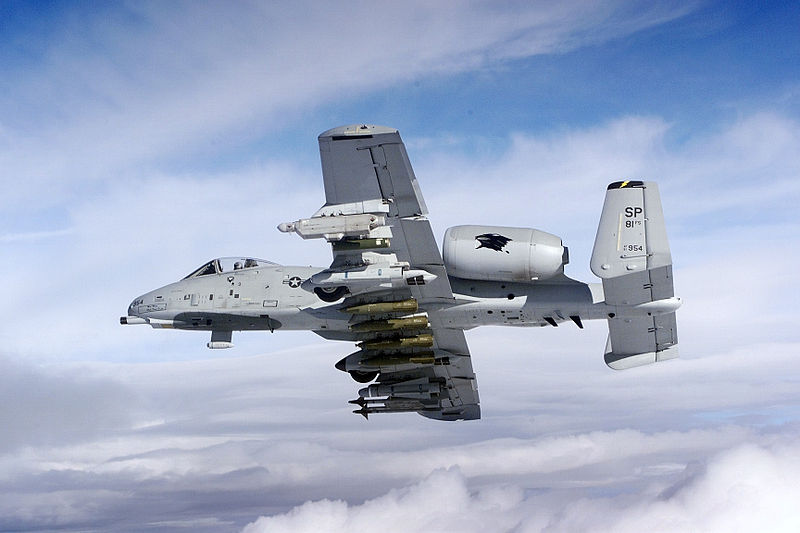 The Fairchild Republic A-10 Thunderbolt II, a snub-nosed ground-attack plane nicknamed the “Warthog,” is the latest aircraft to find its way onto the Pentagon’s endangered weapons list.

Outfitted with a seven-barrel Gatling gun the size of a Volkswagen Beetle in its nose, the Cold War-era plane has a reputation for tearing apart armored tanks and clearing the way for troops on the ground with its massive 30-millimeter rounds of ammunition.

But the unsightly plane has been in the cross hairs of Pentagon officials in recent years. The U.S. Air Force — better known for aerial dogfights and dropping GPS-guided bombs — would rather invest its diminishing funds elsewhere. With billions of dollars in budget cuts and a possible second round ofsequestration looming, the military faces tough decisions: keep funding proven planes of the past or invest in high-tech 21st-century weapons.

For the complete story by W.J. Hennigan, click here.