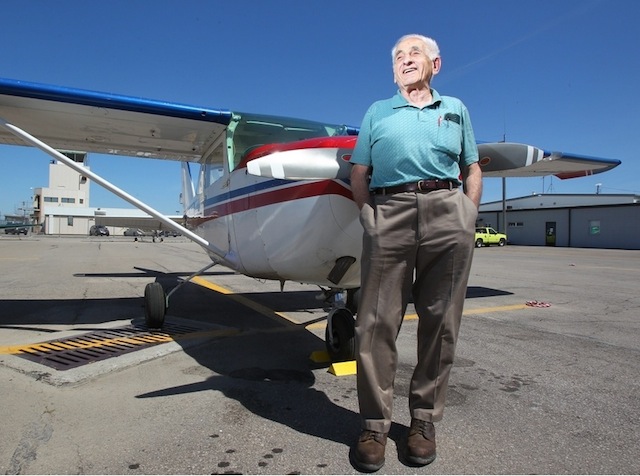 It’s not surprising that John G. Lawton fulfilled his dream of making 90 aerial crossings of the U.S.-Canadian border when he turned 90.

He’s a high school dropout with a doctorate in aeronautical engineering from Cornell University. He emigrated from Austria in 1940 to avoid the horrors of the Nazis, was turned down when he tried to join the U.S. Army because he wasn’t a citizen, only to be drafted into World War II six months later. He helped develop the Lacrosse ground-to-ground missile guidance systems in New Mexico and a method for in-flight collection of snowflakes during Buffalo, N.Y.’s lake-effect snow storms.

It took the retired Cornell Aeronautical Laboratory (later Calspan) engineer two days to achieve his goal, but Tuesday he completed his mission and landed at Niagara Falls International Airport for a “debriefing by the media.”

For the complete story by Barbara O’Brien of The Buffalo News, click here.