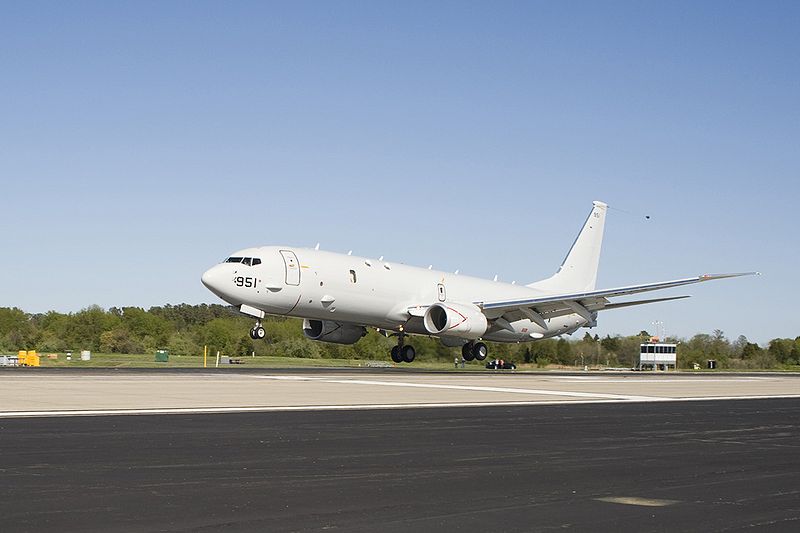 The star attraction at Asia’s biggest arms and aerospace bazaar is an outwardly unassuming aircraft parked in a distant corner of the tarmac, past the sleek jet fighters and menacing attack helicopters.

An operational P-8A Poseidon surveillance aircraft is on public display for the first time, with its manufacturer, Boeing , hoping for rich sales in a region that has two of the world’s most tense maritime disputes. Many of the uniformed officers from Asia’s militaries who are visiting the biennial Singapore Airshow make a beeline for the aircraft.

For the most part, the Poseidon is a Boeing 737, the world’s most commonly seen passenger jet. But first looks can be deceiving – this plane can be fitted with torpedoes, depth charges and anti-ship missiles. Inside are packed some of the world’s most advanced avionics, radars and sensors, making it the only long-range marine patrol aircraft that can hunt and destroy submarines.

For the complete story by Raju Gopalakrishnan of Reuters, click here.