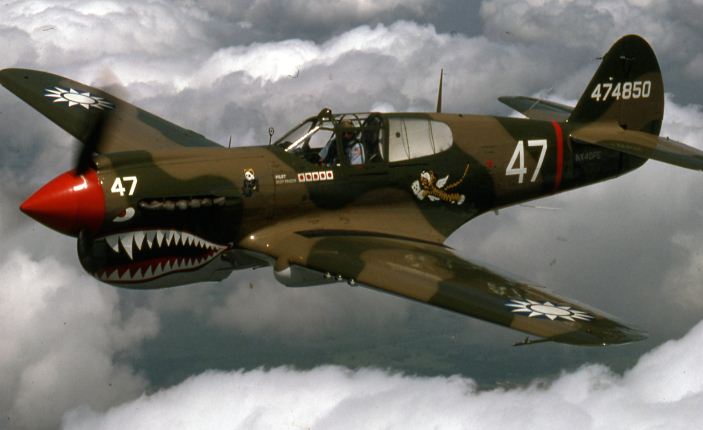 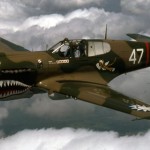 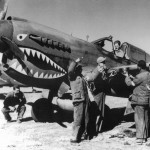 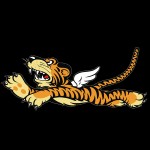 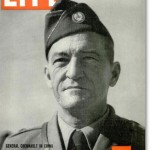 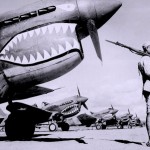 December 20 marks the 70th anniversary of the first engagement of the Japanese by General Claire Lee Chennault’s Flying Tigers.  Students participating in National History Day have access to a wealth of resources about Chennault and the Flying Tigers through our partnership with the Chennault Aviation & Military Museum in Monroe, LA.  Nell Calloway, granddaughter of General Chennault, serves as the director of this museum and regional coordinator for Northeast Louisiana History Day.  In commemoration of the December 20 engagement between the Flying Tigers and Japanese air forces, she has contributed the following about her grandfather.

“Gen. Claire Lee Chennault grew up on a farm in Northeast Louisiana. He loved Louisiana, and he also loved history, particularly military history. His background, independent spirit and determination led him to a career that has been unparalleled in our military history.

The aviation record that he was able to establish in China has never been broken. He is known as the father of tactical pursuit in our modern Air Force, and The Air Force Association awards the “Chennault Award” every year to a member of the Air Force who contributes the most, within fighter aviation, while assigned to a fighter flying unit.

Chennault’s ideas were not widely appreciated during his early military career in the U.S. He fought hard to be heard, but his ideas fell on deaf ears because there were many officers – with more education and more formal training – who differed with him. After having his ideas continually rejected by the U.S. military, he resigned and answered a call to come to China and survey the Chinese air corps. He told his family that he would be gone for three months, but this was a trip from which he would never entirely return.

The Japanese invaded Manchuria in 1931. Between 1931 and 1945, the Japanese would kill more than 25 million Chinese people… This was the China to which Chennault arrived in 1937.

After seeing the dire situation in China, he volunteered to stay and assist the Chinese people in any way that he could.  He immediately was placed in charge of training Chinese aviators. He began establishing schools and recruiting reliable instructors to help train the fledgling Chinese Air Corps.

By 1941 with the Japanese still maintaining superior air power and with China’s limited resources, Chennault went to President Franklin Roosevelt and convinced him to allow aces from the U.S. Army Air Corps, the Marines and the Navy to resign their posts and be hired by the Chinese government to assist in the Sino Japanese war.  This group of fliers soon became known as the “Flying Tigers.” Only months later, the Japanese bombed Pearl Harbor, bringing the U.S. into a global war. The “Tigers” were the first Americans to strike back.

On December 20, 1941, the AVG fought against 10 Japanese bombers over Kunming and destroyed six of the 10 without losing any of their own. Three days later, the Third Squadron in Rangoon saw its first action against formidable odds: 15 AVG’s to 54 Japanese bombers escorted by 20 pursuits, including eight of the new Zeros. The Flying Tigers shot down six planes that day with only two losses. This was only the beginning: For 7months the AVG’s would go on to [destroy] 299 Japanese aircraft, confirmed, and about that many probables. The Tigers lost only 12 of their own in actual combat. On July 4, 1942, the Flying Tigers officially re-entered U.S. military command.

Claire Lee Chennault was always an American first, but he also had a great bond with the Chinese people. He is remembered there with great regard because the Chinese continue to commemorate his accomplishments for their country. Many Chinese credit him with saving China. There are several statues of Chennault on mainland China today; former President Jimmy Carter unveiled the latest one in September 2010 in Zhijiang, China, at the Flying Tiger Memorial Museum.

As we forge new relationships with China today it is important for us to remember a time when the Chinese and Americans fought side by side against a formidable enemy and were victorious. It is also good to remember the heroes who sacrificed so much to stand up for their beliefs and a man who became a hero in two countries.”