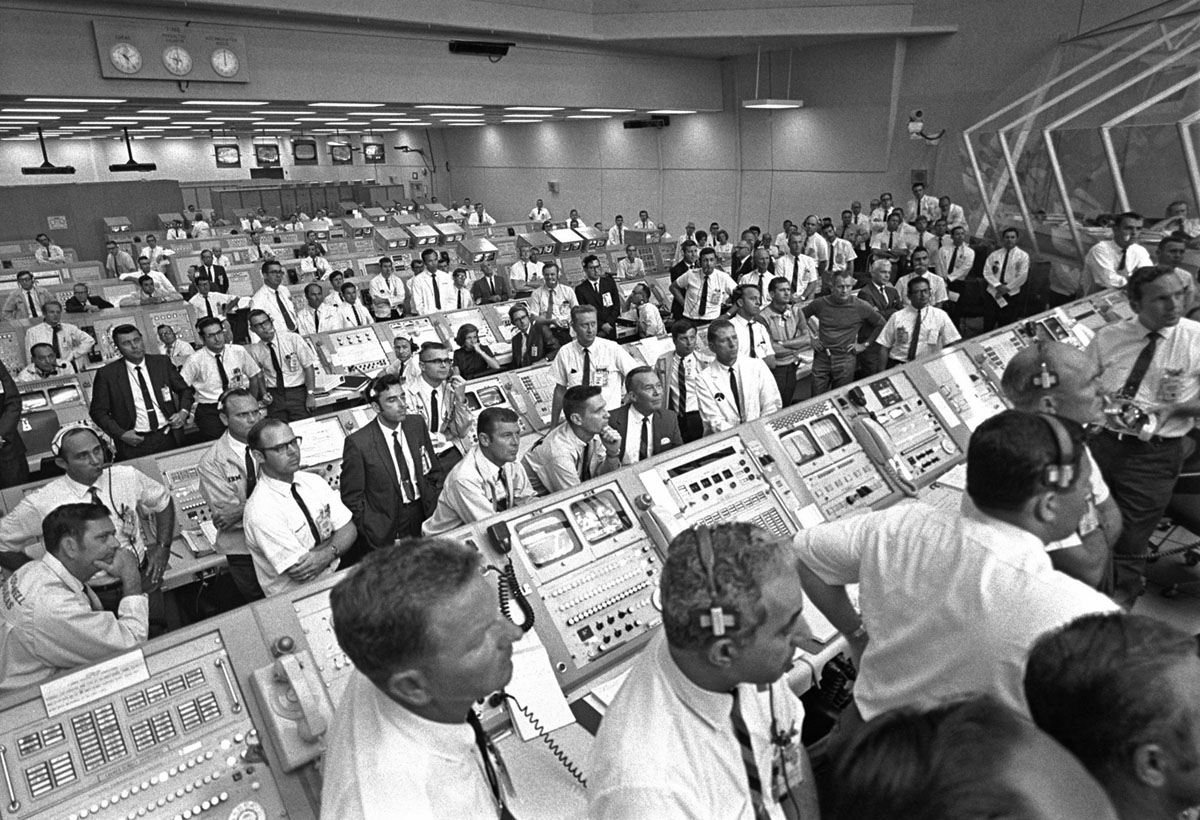 July 16, 1969 - Members of the Kennedy Space Center government-industry team rise from their consoles within the Launch Control Center to watch the Apollo 11 liftoff through the large windows at the back of the firing room. Among those pictured is American aerospace engineer JoAnn H. Morgan (seated center, with hand on chin) who, at the time, was NASA's only female engineer.