Republic XF-91 “Thunderceptor” jet aircraft unveiled by United States Air Force. A mixed-propulsion prototype interceptor aircraft, the XF-91 Thunderceptor was developed by Republic Aviation. The aircraft would use a jet engine for most flight, and a cluster of four small rocket engines for added thrust during climb and interception. The design was largely obsolete by the time it was completed due to the rapidly increasing performance of contemporary jet engines, and only two prototypes were built. One of these was the first US fighter to exceed Mach 1 in level flight. 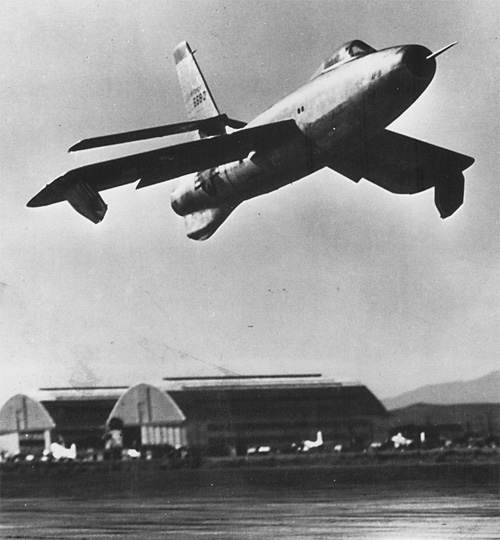 The Thunderceptor design was one of two swept-wing modifications based on the original Republic F-84 Thunderjet, the other being the Republic F-84F Thunderstreak which was developed later. A serious problem with most swept wing designs of the era was dangerous performance at low speeds and high angle of attack. The stagnant airflow over the wing tended to “slide” towards the wingtips, which caused them to stall before the rest of the wing at high angles of attack. In this situation the center of lift would rapidly shift forward relative to the center of mass, pitching the nose up and leading to an even greater angle of attack or, in extreme cases, end-over-end tumbling of the aircraft. Aircraft caught in this regime would often stall and crash and a rash of such accidents with the North American F-100 Super Sabre led to the term “Sabre dance”. 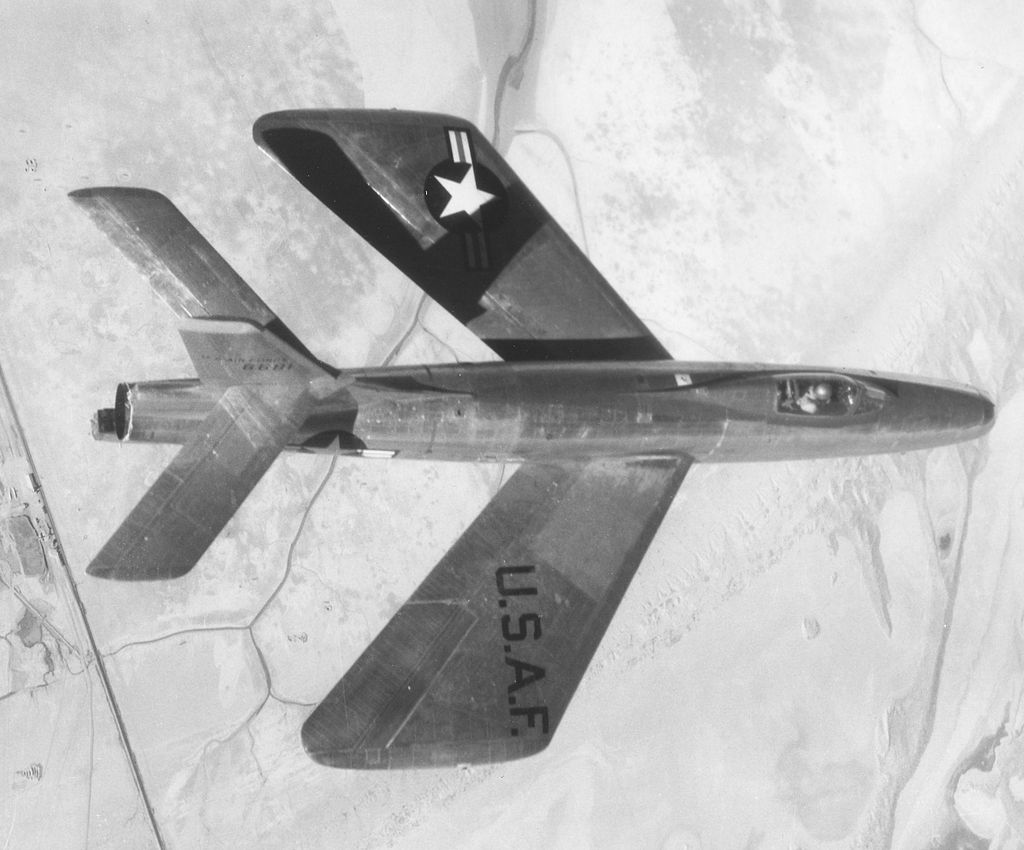 The Thunderceptor’s most notable design feature was intended to address this problem. The wings were built to have considerably more chord (distance from the leading edge to the trailing edge) at the tip than root, allowing them to generate more lift. This neatly addressed the problem of Sabre dance by delaying the point of stall on the tip to that of the entire wing. A side-effect of this design was that the tips had more internal room, so the landing gear was mounted to retract outwards with the wheels lying in the wingtips, using two smaller wheels in a tandem arrangement for each main gear strut, instead of one larger one. Another design change was the ability to vary the angle of incidence of the wing as a whole, tilting it up for low speed operations during takeoff and landing, and then “leveling it off” for high-speed flight and cruise. This allowed the fuselage to remain closer to level while landing, greatly improving visibility. 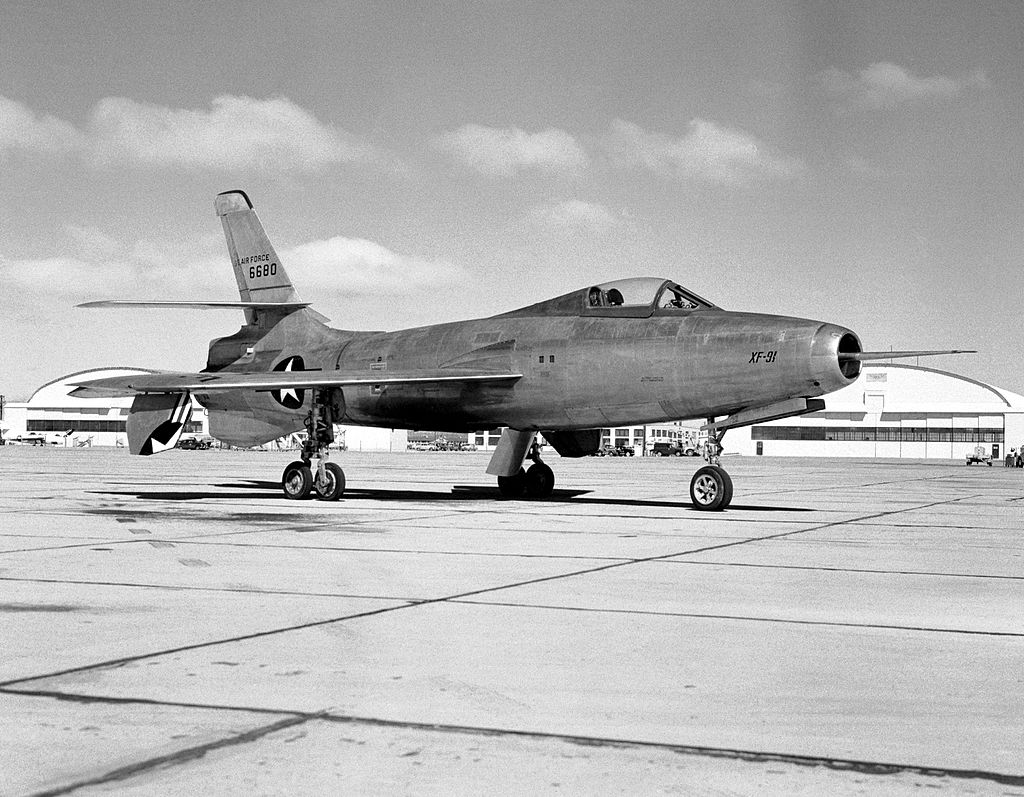 Ultimately, the Thunderceptor was soon eclipsed by designs from other companies. As with the Thunderceptor, none of these would actually go into production. The USAF decided to wait the short time needed to introduce newer and much more capable designs created as a part of the 1954 interceptor project. The Thunderceptor, like the other interceptor designs of the era, had extremely short flight times on the order of 25 minutes, making them almost useless for protecting an area as large as the US. The 1954 designs outperformed the XF-91 in speed, range, and loiter time, as well as including the radar and fire-control systems needed for night and all-weather operation. The era of the dedicated day fighter-type interceptor was over.