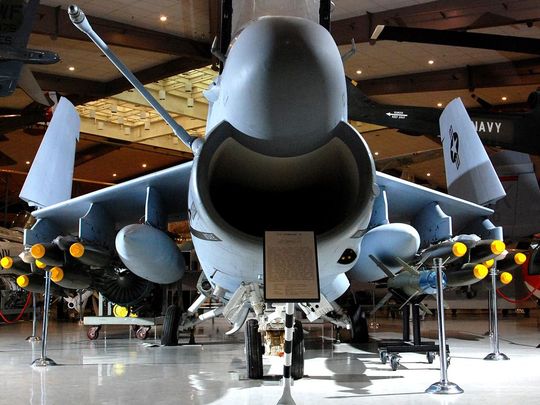 For many Americans, the first news of Operation Desert Storm 27 years ago came through the excited voices of CNN reporters broadcasting over the sights and sounds of tracer fire and bombs exploding as they struck targets in Baghdad. 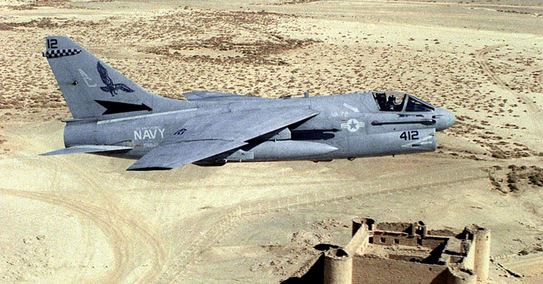 It was an event that was months in the making, beginning in August 1990, when Iraqi troops invaded neighboring Kuwait and President George H.W. Bush appeared on national television announcing that he ordered U.S. armed forces to the region. On Jan. 16, 1991, President Bush announced the launching of coalition air strikes.

“As I report to you, air attacks are underway against military targets in Iraq,” he told the nation. “Our objectives are clear: Saddam Hussein’s forces will leave Kuwait. The legitimate government of Kuwait will be restored to its rightful place, and Kuwait will once again be free.”

As the president spoke, one of the airplanes in the air over Baghdad was an LTV A-7E Corsair II that is now on display at the National Naval Aviation Museum.