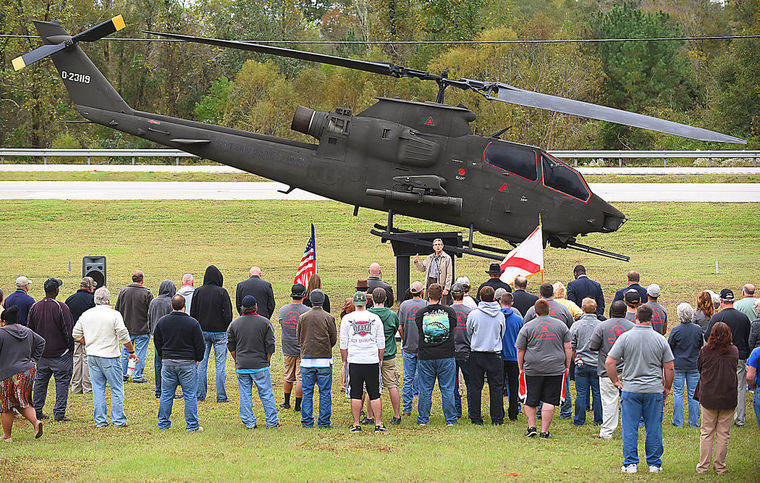 Alabama Aviation Center at Ozark students spent nights and weekends working on restoring a Bell AH-1 Cobra helicopter. This Veterans Day, they presented their work to the community.

Students, veterans and officials gathered outside the Alabama Aviation Center at Ozark to see the helicopter, which has been mounted on a metal frame in front of the college campus.

The Cobra was extensively used in Vietnam as an attack helicopter. Bell manufactured more than 1,100 of the aircraft between 1967 and 1973. Cobra helicopters logged more than a million hours in operation during the Vietnam War. Today, some surviving Cobras have been repurposed for firefighting work.

For the complete story by Jim Cook of the Dothan (Ala.) Eagle, click here.