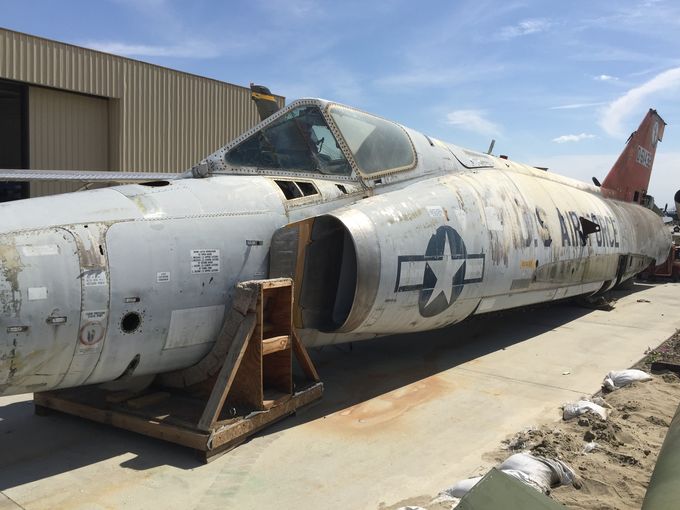 The Palm Springs Air Museum recently took possession of a Cold War-era Convair F-102A Delta Dagger, a single-seat interceptor aircraft built as part of the backbone of the U.S. Air Force’s air defenses in the late 1950s. These aircraft also saw some limited service in the Vietnam War in bomber escort and ground-attack roles.

Many were transferred from the active duty Air Force to the Air National Guard in the mid- to late 1960s. These guard units became integral stateside defenders as the U.S. faced an increased threat of nuclear attack.

This particular Delta Dagger last saw duty with the Minnesota Air National Guard. This was of special interest to the air museum, whose leaders had been searching for years not only for an F-102, but one that had a connection to the Guard.

For the complete story by Denise Goolsby of The (Palm Springs, Calif.) Desert Sun, click here.