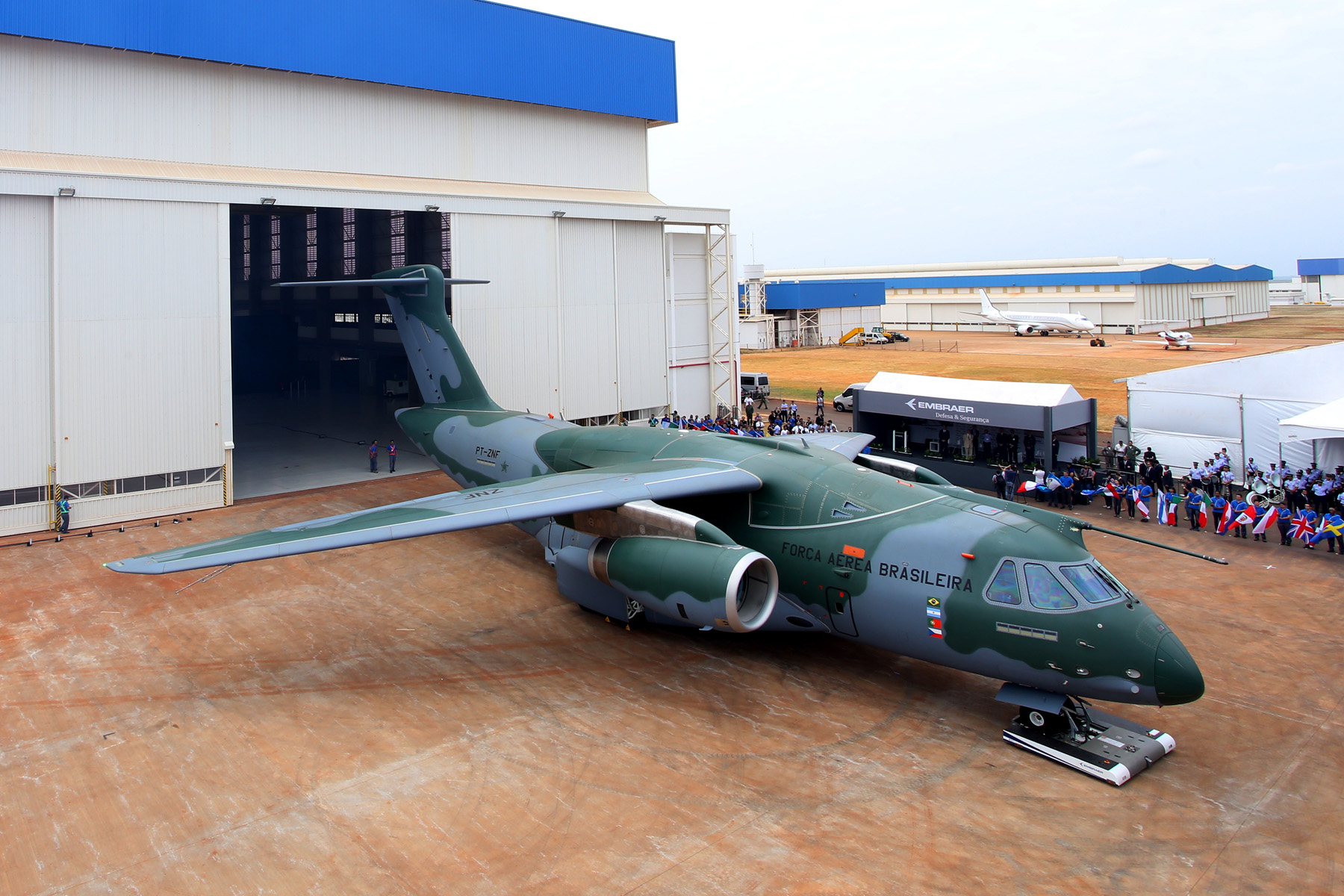 Embraer rolled out the first prototype of the KC-390 military transport in Brazil on Tuesday. The twin-engined jet is a joint project of the Brazilian Air Force with Embraer to develop and produce a tactical military transport and aerial refueling airplane.

“This significant milestone of the KC-390 Program demonstrates Embraer´s ability to manage such a complex and high-technology project and to perform it on track,” said Jackson Schneider, President and CEO, Embraer Defense & Security. “It paves the way for the beginning of the ground tests to prepare for the first flight.”

This milestone rollout will allow Brazil-based Embraer, perhaps best known for its regional jets, to perform important ground tests prior to the aircraft’s first flight, planned to take place by the end of this year.

“The KC-390 will be the backbone of the FAB’s air transportation network. It will be able to operate in both the Amazon and Antarctica. The jet engines give the aircraft enormous agility in fulfilling all of its missions, faster and better,” stated Aeronautics Commander, Lt.-Brigadier Gen. Juniti Saito.

Following the rollout, the aircraft will continue with initial systems evaluations leading to the first engine run, and then to the ground vibration tests and the other planned ground tests. This aircraft is the first of two prototypes that will be used in the development, ground, flight and certification test campaigns.

The KC-390 is a joint project of the Brazilian Air Force with Embraer to develop and produce a tactical military transport and aerial refueling airplane that is a significant advance in terms of technology and innovation for the Brazilian aeronautics industry. The aircraft is designed to establish new standards in its category, with a lower operating cost and the flexibility to perform a variety of missions: cargo and troop transport, troop and cargo air delivery, aerial refueling, search and rescue, and combating forest fires, among others.

Story and photo by Embraer