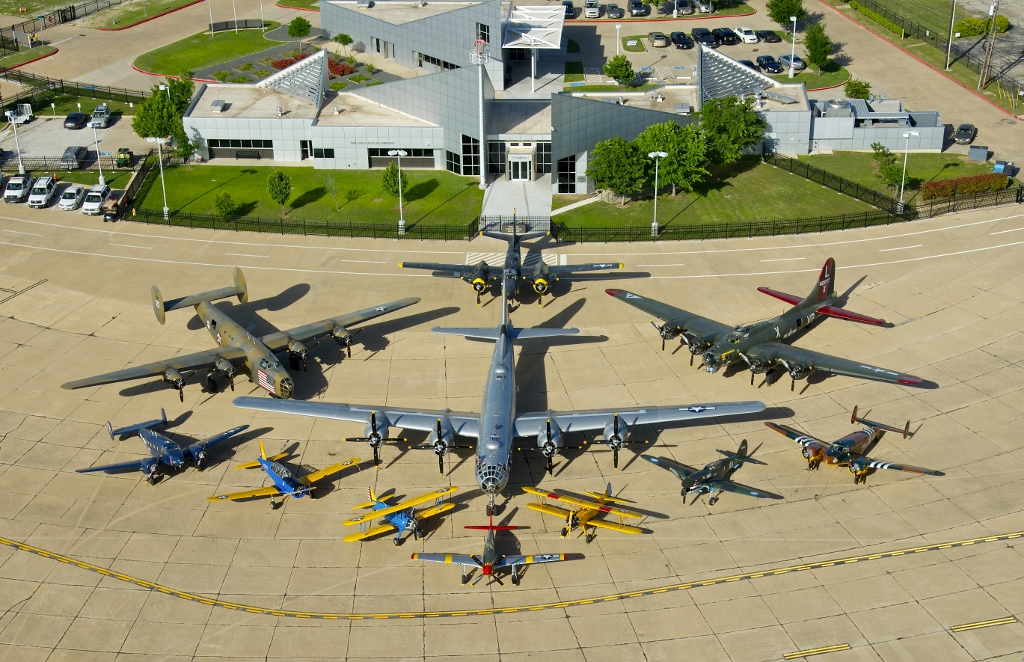 Story and photo by the Commemorative Air Force

The Commemorative Air Force (CAF) is bringing “hands on” history to Dallas Oct. 3-5 when the world’s only flying Boeing B-29 Superfortress, “FIFI,” the famous North American P-51C “Tuskegee Airmen” and over a dozen other World War II military aircraft take center stage at their first event at Dallas Executive Airport.

The event will be open to the public Friday through Sunday at 5303 Challenger Drive, bringing the sights, smells and sounds of World War II aviation history to south Dallas. Attractions will include the CAF’s Rise Above traveling educational exhibit – a 160-degree panoramic theater in which visitors watch a video highlighting the courage and determination of the Tuskegee Airmen during World War II. Participants will also tour the bomber cockpits, watch the airplanes fly and can even purchase rides in many of the visiting aircraft. These aircraft are powerful history lessons for young and old alike. The visual display combined with the enthusiasm and knowledge of CAF members will create an unforgettable experience for visitors.

Attending aircraft will include the B-29 Superfortress, P51C Mustang, P51D Mustang, SB2C Helldiver, B-24 Liberator, A-26 Invader and many other transport, liaison and trainer airplanes. Admission is $15 for adults and $5 for children age 6 through 17. Children age 5 and under are free. The cost for aircraft rides ranges from $65 to $1,995 depending on the airplane.

The Air Expo kicks off Thursday with a full day of educational programs for local students. Activities that day include the CAF Rise Above traveling educational exhibit which teaches students the story of men who overcame many obstacles to train and fight as U.S. Army Air Corps pilots during World War II and emphasizes what their spirit and hard work still mean to us 60 years later.

Former Tuskegee Airmen and other World War II Veterans will be on hand to talk with the students about all of the airplanes and their experiences during the war. In June, the CAF announced Dallas Executive Airport as the new location for its national headquarters. The organization plans to build a world-class aviation attraction at the airport. The World War II Air Expo, hosted by the CAF B-29/B-24 Squadron, offers Dallas residents their first opportunity to learn more about the organization.