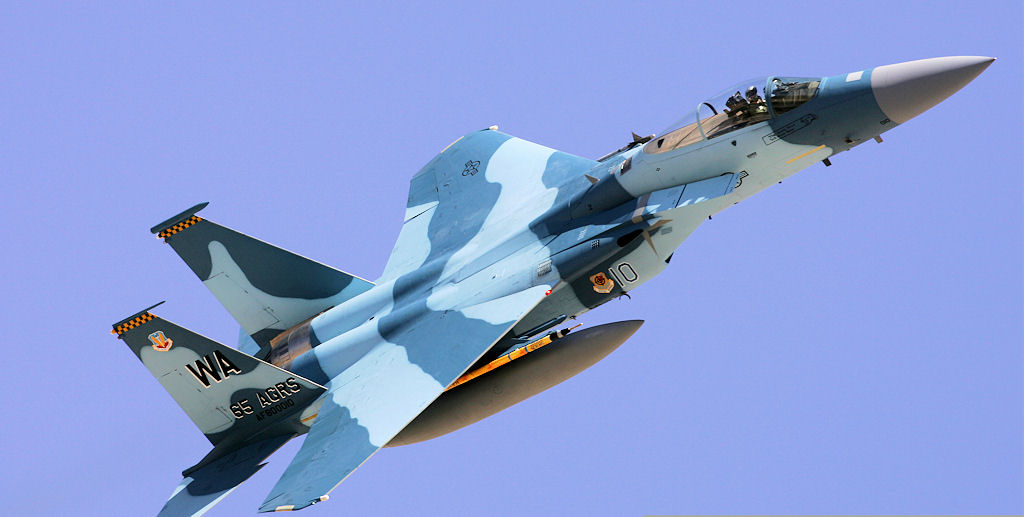 The next time fighter jets take off from Nellis Air Force Base near Las Vegas, Nev., for a U.S. Air Force Red Flag air combat exercise, there will be fewer would-be “bad guys” to battle.

Up-and-coming pilots who will be flying their first 10 simulated combat missions will face an adversary force that has fewer sparring partners, a sign of the times as the military reduces its planes and personnel and U.S. combat operations wind down in Afghanistan.

That’s the word from Lt. Col. Greg “Papa” Wintill, commander of the 65th Aggressor Squadron — one of two squadrons at Nellis that play would-be enemies for Red Flag training. He confirmed last week that his squadron of 19 camouflage-painted Boeing F-15 Eagles will be deactivated in a ceremony on Sept. 26 in order to meet Pentagon budget constraints before the new fiscal year begins Oct. 1.

For video and the complete story by Keith Rogers of the Las Vegas Review-Journal, click here.