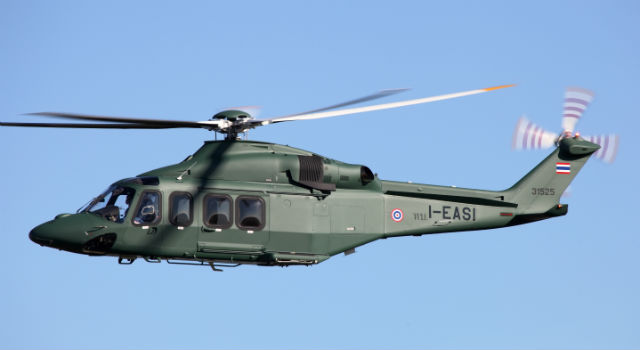 AgustaWestland has delivered a pair of AW139 utility helicopters to the Royal Thai Army, just over one year after securing the deal.

Pictured also carrying a pre-delivery Italian registration, aircraft 31525 was accompanied by another, which Flightglobal’s Ascend Fleets database records as being tail number 31520.

Bangkok ordered the two AW139s in October 2012, with its deal with AgustaWestland also including the provision of personnel training and maintenance support services. With a maximum take-off weight of around 6.4t and powered by a pair of Pratt & Whitney PT6C-67C engines, the AW139 is capable of operating with two pilots and up to 15 passengers.