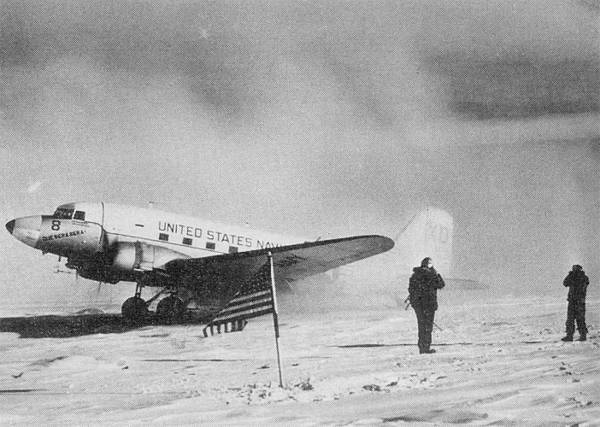 1869 – Birth of William Adger Moffett, American pilot and architect of U.S. naval aviation; he was later known as the “Air Admiral.”

1956 – The U.S. Navy R4D-5 Skytrain “Que Sera Sera” (shown above), commanded by Rear Adm. George Dufek, becomes the first airplane to make a landing at the South Pole; it carries the first Americans to set foot at the South Pole and to plant the American flag, as well as  the the first men to land on the pole from the air.