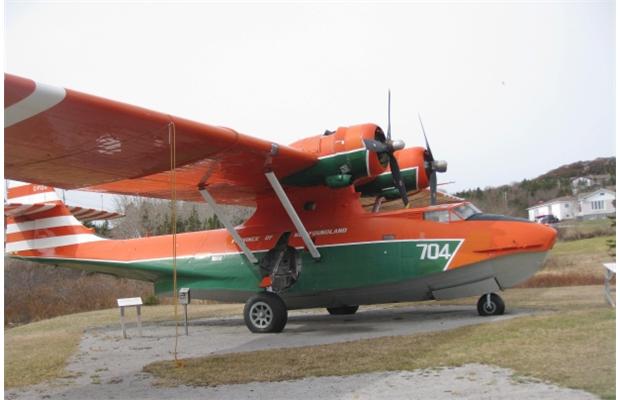 One is a small fishing community perched on a rocky edge of the North Atlantic; the other an agricultural and petroleum town nestled just east of the Rocky Mountains. Separated by some 6,500 kilometers, on opposite sides of Canada, St. Anthony, Newfoundland, and Fairview, Alberta, would seem to have little in common.

Yet the diminutive municipalities are both home to a historic PBY-5 Canso airplane, constructed under license by American manufacturer Consolidated Aircraft in the 1940s and few of which remain intact. The Canadian-built planes were used to protect Allied convoys from German U-boats during the Second World War and repurposed afterwards for a variety of jobs, including battling forest fires and hauling cargo to northern communities.

The twin planes in St. Anthony and Fairview recently led to a unique Canadian collaboration to get one of the old warbirds in the sky again. Dubbed the Great Canadian Aircraft Engine Exchange, the project involved some 13,000 kilometers of highway, 3,600 kilograms of cargo and a lot of goodwill among people who had never met before.

For the complete story by Keith Gerein of the Edmonton Journal, click here.

Photo via the Edmonton Journal