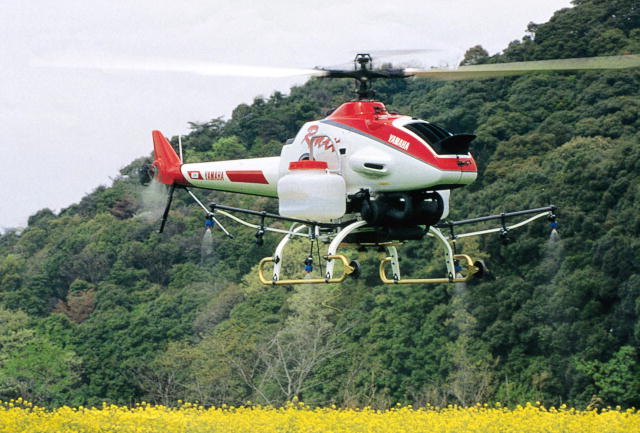 Drones in the tens of thousands will be in the skies by 2030, the Federal Aviation Administration predicts. But where some may fear precision weapons or flying spy cameras, Steve Markofski sees flying tractors. Markofski, a new business planner for Yamaha, hopes to repeat in the United States the success that the company has had in Japan with RMAX, an unmanned aerial vehicle that sprays fertilizer and herbicides over farms there.

“In Japan, the RMAX has more in common with a tractor than it does with a helicopter,” said Markofski, describing the remote-controlled helicopter that has been used in that country for two decades.

Agriculture is expected to be one of the biggest potential markets for drones in the U.S., as the FAA develops regulations to open the skies by 2015 and commercial uses grow for unmanned aerial vehicles – UAVs, or drones. In Arizona, where thousands are already employed in drone production or related industries, new commercial markets could mean new jobs.

For the complete story by Mary Shinn of the Cronkite News Service via the Arizona Daily Star, click here.