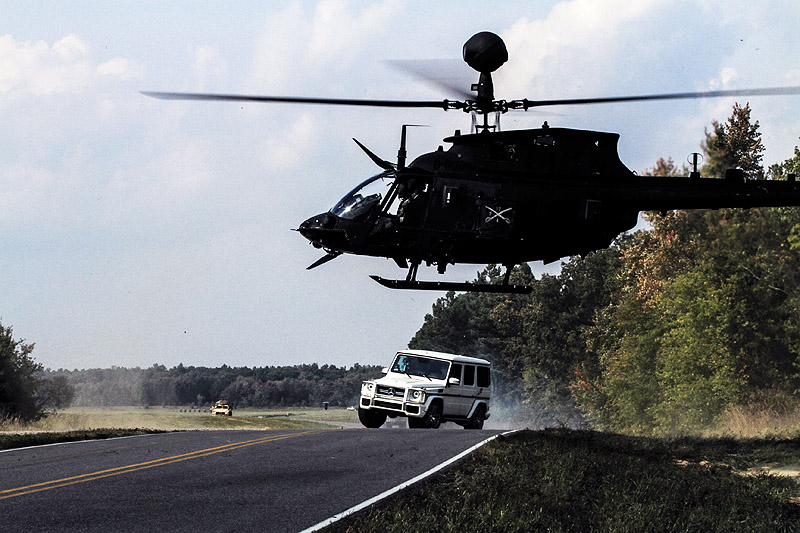 Top Gear, an American motoring television series on the History Channel, is scheduled to air their second episode of its third season on Tuesday, February 5, which was filmed inside the gates of Fort Campbell, Ky., last fall.

The week-long production combined Hollywood magic with the military might of the U.S. Army’s 101st Airborne Division (Air Assault), as the Screaming Eagle Soldiers from the 2nd Brigade Combat Team and 159th Combat Aviation Brigade became part of the show’s cast.

“The cast and crew of Top Gear were great to work with and it was great to be a part of showing what we can do and who we are,” said Chief Warrant Officer 2 Kenneth Barker, an OH-58D Kiowa helicopter pilot in command from the 101st’s Troop A, 7th Squadron, 17th Cavalry Regiment, 159th Combat Aviation Brigade. “The best element was being part of what will be viewed by millions and representing Army aviation.”