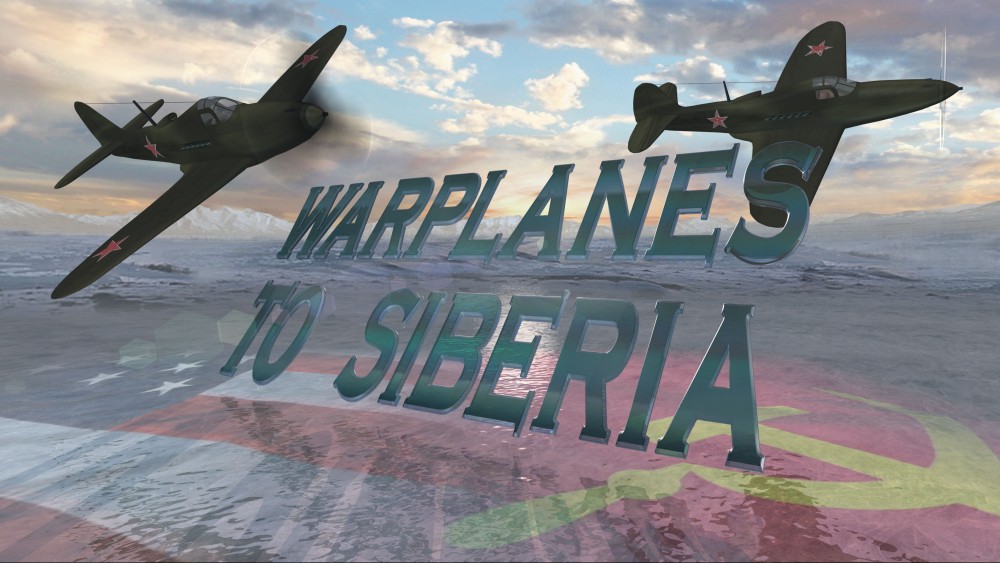 The story of the top-secret northern and Alaska-Siberia air routes and the incredible effort that delivered nearly 8,000 military aircraft from the U.S. to the former Soviet Union during World War II is being told in “Warplanes to Siberia,” an upcoming documentary by the BRAVO 369 Flight Foundation.

As part of the project, a fact-based, multi-part feature documentary produced by Aeroclassic Productions under the direction of the foundation, the effort is taking to the air.

“We will be flying vintage World War II era North American T-6 Texan aircraft retracing the 6,000-mile air route from Great Falls, Montana to Krasnoyarsk, Russia. Created as part of the Lend-Lease Act of 1941, the route was the catalyst for the Alcan Highway to support the ferrying effort,” said Jeff Geer, foundation president and chairman. “Very few people have ever heard of this secret route and the transfer of warplanes to the Soviets who were waiting in Fairbanks to fly them on to Siberia.”

A preview film was released this week to promote the project, which will be marketed for distribution to domestic and international television and cable networks. It’s being made in association with Family History Videos and Pedal Power Productions.

“We will be interviewing surviving veterans who participated in the ALSIB program, visiting museums and local newspaper archives, and flying the actual route to accurately tell this fascinating story to keep the history alive,” Geer said, who was recently invited to attend an event celebrating the 70th anniversary of the Alaska-Siberia aircraft ferrying program in Yakutsk, Russia.

“The Russians have embraced the historic significance of our flight project, and not only recognize, but celebrate the mutual cooperation of the Soviet Union, the United States, and Canada during the war. I’m receiving e-mail from Russians who are very interested and supportive of the project,” he said.

To fund the flight, the foundation is seeking corporate sponsors and donors to help with the expenses of aircraft operation, documentary production and its educational program. In return, Geer said corporate sponsors can expect extensive domestic and international media brand exposure throughout the duration of the project and will be permanently documented on film.

“Our goal is to make this historic flight interactive and available to everyone, especially students,” he said. “We are incorporating a new technology currently under development called InFlightXT, or Interactive Flight Experience Technology. This interactive, real-time application is part of our commitment to bring an educational aspect into the flight.”

As part of the 2013 test flight to Great Falls, Mont., and into Canada and Alaska along the Northern Aircraft Ferrying Route, the BRAVO 369 flight team will hold project kickoff events at airfields and air museums along the flight route and feature a short documentary on the project. The public and media will have the opportunity to meet the air crew, look at the aircraft, and learn more about the significance of Lend-Lease and the Alaska-Siberia Air Route as well as the flight re-creation project.

For more information on the project and to see the promotional video, click here.

From a BRAVO 369 news release