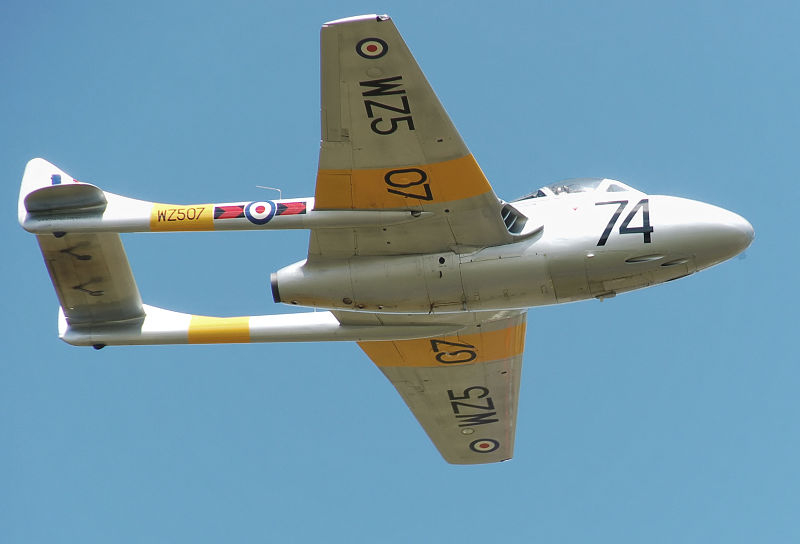 A plane enthusiast restored the cockpit of a Cold War fighter jet and proudly parked it on his driveway. Neil McCarthy, 37, renovated the nose of the battered de Havilland Vampire T.11 jet for display in front of his family home in Seaton Burn, North Tyneside, England.

He says his wife Amanda and children Ryan, two, and Nathan, 18 months, have now grown “attached” to the piece of history sitting in their driveway.

It was the first single jet engine fighter produced in the UK and some 3,200 were made. McCarthy bought the wrecked cockpit for £1,500 at an auction at RAF Millom Aviation and Military Museum in Cumbria. His plan was met with skepticism from his friends, family and neighbors – but the impressive restoration has made his driveway a popular attraction.

For the complete story by Emma Reynolds of the (London) MailOnline.com, click here.