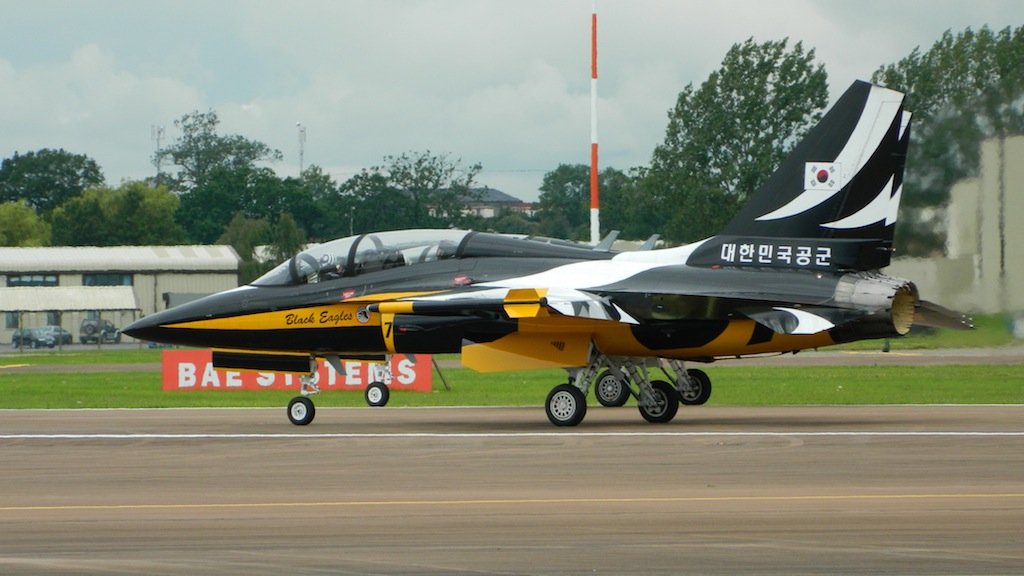 A Republic of Korea Air Force aerobatic jet crashed in northeastern South Korea on Thursday, killing its lone pilot and sparking a brush fire, police said. The KAI T-50B Golden Eagle plane went down at 10:28 a.m. on a mountain in Hoengseong, about 90 kilometers east of Seoul, and its pilot, identified only as Capt. Kim, 32, is believed dead, officials said.

A parachute was found hanging from a tree about 70 meters from the scene, but the pilot was believed to have failed to eject, officials said. It was one of two planes that took off from an air base in nearby Wonju at 10:23 a.m. Witnesses in the area said the two jets flew in parallel before one of them went down in flames. The crash also sparked a fire at the scene and firefighters are trying to get the blaze under control.

The plane belonged to the Air Force aerobatic team, known as the Black Eagles. The single-engine T-50B, which derives from the T-50 trainer jet, is designed exclusively for air shows. It is the first time the model has crashed.

The cause of the crash is not yet known.

By the Yonhap News Agency