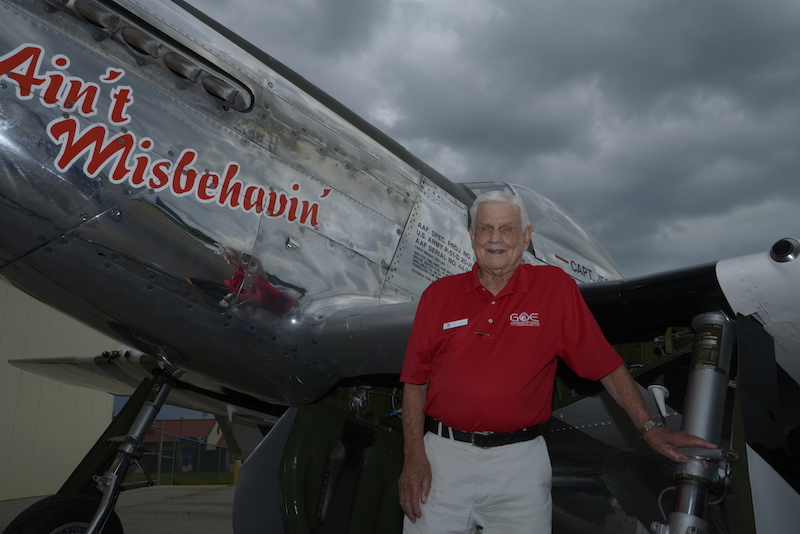 With more than 7,500 flight hours logged in more than 130 types of aircraft, retired U.S. Air Force Col. Clarence E. “Bud” Anderson, a 2014 Eagle who visited Maxwell (Ala.) Air Force Base for the Gathering of Eagles June 2-6, has cemented his position as a pioneer in American military during times of war.

During World War II, Anderson served two combat tours escorting heavy bombers over Europe in the North American P-51 Mustang. Additionally, he served the 357th Fighter Squadron from 1943 through 1945. During that time, he flew 110 combat missions and destroyed more than 16 enemy aircraft in aerial combat and one more on the ground.

Though it was an intense time for Anderson, he says that the aerial combat was not nearly as frightening as simply arriving to his destinations.

For the complete story by Donovan Jackson of the 42nd Air Base Wing Public Affairs, click here.