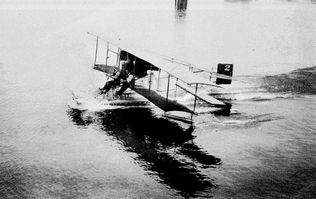 That’s a far cry from the masses of onlookers for the first flight of Boeing’s 787, assembled and flown at Paine Field. And the 1913 flight probably drew fewer people than Everett officials had planned.

Everett leaders had watched in dismay in 1911 when the city of Snohomish won the honor of having the first airplane flight in the county, noted Dave Dilgard, historian with the Everett Public Library. That flight, which ended in a crash landing, prompted Everett officials later to court the Christofferson brothers to bring a so-called hydroplane to town in the summer of 1913.

For the complete story by Michelle Dunlop of The (Everett) Daily Herald, click here.